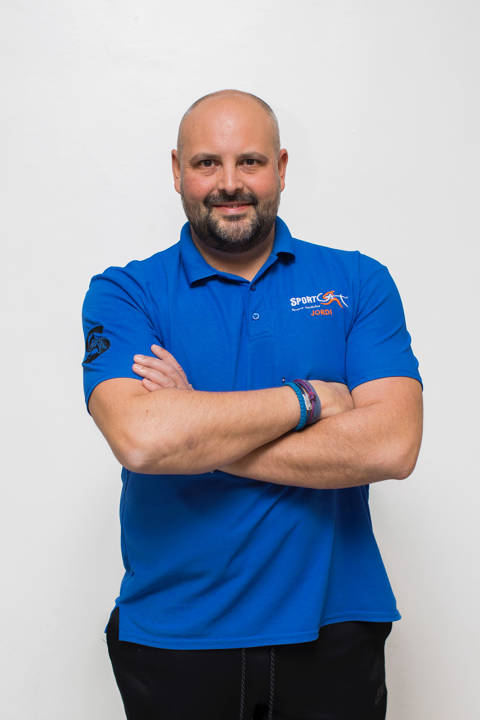 He was born in 1976 in Llagostera,  both his family and Jordi have been dedicated to the care of people for three generations.His grand father, Miquel Surós, who was a farmer before the civil war, had worked as a nurse for the soldiers and when the war ended he  was educated in many different disciplines, such as acupuncture and massages.His father, Joaquim Surós, studied physiotherapy, sophorology, radiology, natural medicine acupuncture and osteopathy. His father built the first laser in Spain in 1980. Since then, he is still developing other kind of  electrotherapy machinery. This new thecnology has grown and evolved withhim. A lot of these international machines are his own inventions working in team withhisgroup of engineers.

Jordi studied at the Medicine College in Lleida and during this period he did some research atAmsterdam University and Guttman Instituteof neurorehabilitation, too. He didt he MIR at theHospital Clínic in Barcelona where he was specialized in physical education and sport.Then he developed/improved his knowledge as anosteopath withDr. Hernan Silvan (Madrid Computense University) and he performed other studies of acupuncture, reflexology and sophorlogy. In his own career we can highlight theTraumatology Sports Master at Barcelona University and Universitat  Autònoma de Barcelona.......
He workedfor 7 years at Hospital Comarcal de la Selvaat the trauma unit. He  has worked with all the following sport centers and associations: CAR SANT CUGAT, RCD ESPANYOL, FC BARCELONA, FEDERACIÓ ESPANYOLA DE BÀSQUET, ACB, CLIO RENAULT TEAM SWEDEN AND FEDERACIÓ CATALANA DE BOXA…..
In 2008 one of his dreams comes true: he sets up his own center, SPORTCAT, where  people could find whatever they needed about sports medicine. In a very short amount of time it becomes one of the most important centers in the Girona area.
During one year Jordi was the Girona FC medical director. He made a really good job there because the football team was about to move to a lower category  and had a lot of injured players .He managed to speed up the player’s recovery and he finally got the best results needed in time. However, all these activities ended in 2012 because of lack of time. Nowadays, he only cooperates with sporadic complex rehabilitations of player’s  injuries.