In 2012 we presented an IR 10 watt high power laser at World Convention of Sports Medicine in Puerto Rico (USA), in the european in London at Queen mary University and in the national in San Sebastian. Almost all the lasers used in physioterapy give between 0,5 and 2,5 watts, so,  the power isn’t enough to get much tissue stimulation and create a regeneration process.

Since January 2014 we developed a new laser with 30 watts, with an infrared light of 910nm.Its huge power stimulates in only one session, what others would need 15 or more. In fact  it helps to accelerate cell metabolism, tissue regeneration and it takes less time to recover from the injury.It is applied in tendon, ligament and muscular injuries. It is the prefered treatment for severe  injuries such as tendonitis, tendinosis, muscular ruptures, fibrosis, etc. 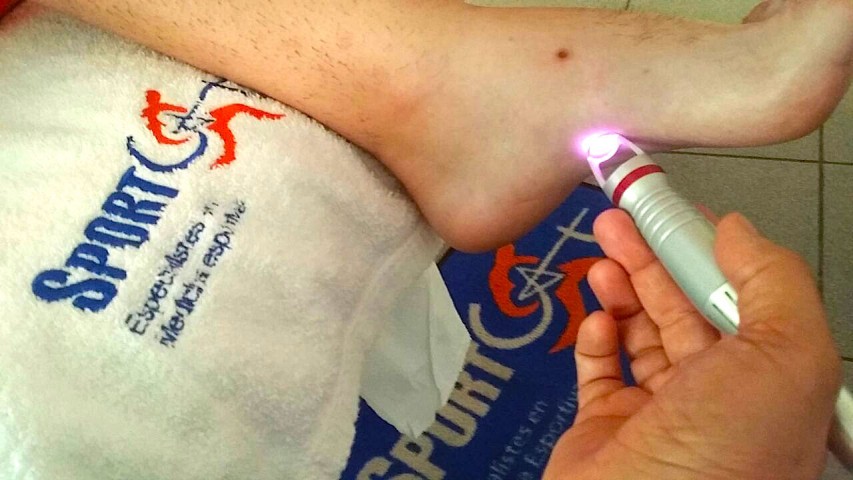